Baseball Equipment For All Ages 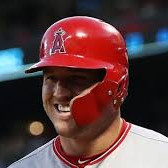 A C-Flap is a batting helmet extension on the side of the helmet that faces the pitchers mound and is designed to protect a hitter’s cheek and jaw while batting. The C-Flap is named after the inventor, Dr. Robert Crow, a reconstructive surgeon who invented the device in the 1970s when he was the team doctor of MLB’s Atlanta Braves. Originally designed to protect players recovering from facial injuries, the device adds to the protection given by the batting helmet to include the jaw and cheek area of the head. The C-Flap is designed not to interfere with a batters line of sight (vision) and to allow access to the mouth and airway. It is utilized only on the side of the face facing the pitcher to allow hearing for the player receiving verbal instructions from their coaches as they run the bases.

What is all the fuss about using C-flaps?

The C-Flap trademark was purchased from Dr. Crow’s company in 2004 by Markwort Sporting Goods. Markwork does not make batting helmets. This is where the confusion arises.

Little League and USSSA Baseball require that all batting helmets used in official play be certified by NOCSAE (The National Operating Committee on Standards for Athletic Equipment). Most existing helmets do not have pre-drilled holes allowing for attachment of the C-Flap. Drilling holes in any NOCSAE certified helmet voids the certification of the helmet making it illegal to use in Little League and USSSA games.

AAU states that any product that aids in the safety of their baseball players is approved, including the C-Flap.

The NFHS is allowing teams to make their own decisions regarding the use of the C-Flap, granted that both teams agree on terms of use before games.

Can my young player use a C-Flap/Jaw protector?

The short answer is YES!

Rawlings, Easton, Under Armour and Adidas all offer helmets made and NOCSAE certified with jaw/face protection.

Easton offers a rare exception to the manufacturer warning about adding a Markwort C-Flap to an existing helmet. The Markwort C-Flap can be properly attached to the following helmets without modification:

The warranty and SEI certification to the NOCSAE Standard for these helmets remain intact when the Markwort C-Flap is properly attached.

I think AAU Baseball has it exactly right in their statement: “any product that aids in the safety of our baseball players is approved, including the C-Flap.”

Of course, rules are rules and fortunately you can meet all Little League and USSSA baseball guidelines by purchasing a helmet with the jaw guard installed at the time of manufacture. You can find links to recommended helmets by age at the end of this article.

My grandson is 14 years old and plays on his junior high school team and a Little League intermediate team. He has been wearing a helmet with a jaw protector since the beginning of the 2019 season. That extra protection of his face and jaw gives this grandpa a greater sense of security. If you have ever seen a player hit by a pitch in the head or even worse, the face, you know what a no-brainer this decision is.

As I have mentioned in previous articles, it is my belief that the batting helmet is the single most important piece of equipment our young players own. It only makes sense to give them all the protection they can get.